A downloadable visual novel for Windows, macOS, Linux, and Android

The crystal Kingdom of Chalcedonia was once a beautiful place, under the rule of the Princess Rosalia, they lived happy peaceful lives. Until one day, monsters called Nightmares destroyed the kingdom. Princess Rosalia and her fairy knight Diana hid deep in the castle, praying that their last hope, the magical Rose Crystal Mirror would produce a miracle, and save their home, however, they were attacked by the leader of the Nightmare Agency, Druzy. Diana fought helplessly before finding herself transported Earth, but her Princess was no where to be seen.

Unfortunately the nightmares began to attack this new world too. Valerie Amaranth, an ordinary 16 year old, has her world changed forever when she receives the powers of the Legendary Crystal Warrior Diamond Heart. Now with the help of Diana, she must find her allies, defeat the Nightmares, and rescue the missing princess Rosalia.

Please note that all assets such as artwork and sounds are yet to be finalized. This demo is meant to give you an idea of the full game, but doesn't fully represent the final product in mind.

Some artworks, music, sounds, may be missing or unavailable!

If you run in to any errors or need any help please email DiamondHeartVN@Gmail.com or contact @DreamyPyon, @Pyonchitchi or @DiamondHeartVN on twitter!

This is a demo  if you want to pay consider it a donation toward the development of the real full game.

I've seen videos of the developer redesigning yandere simulator characters! I already knew about the existence of this game but never tried to play! now i just want to see how the game is! lol

and also because I LOVE magical girls! and i always wanted to see magical girls with dark skin! and all the characters look so cute!! I really have to play!! I don't know what I'm missing!!

Cute story about magical warriors. Choices seemed to me not important, but then I realized I was wrong.

I like this game, but I have a question.

Last comment is not relevant anymore. Just finished playing new chapters (8-12) and I liked them as well.

ABSOLUTELY adorable game!!! i only wish that i had the option to be a bit nicer to ethan... i feel bad about the nonsense i put him through, teasing him, ditching him at the cafe, etc.

This game is so cute

Any updates on this?

Is this game abandoned/on-hiatus? I remember playing this years ago and I can’t find any recent updates from the creator.

Edit: The creator is still working on the project and recently updated the Kickstarter! :)

I haven't even played but this already looks good

So is the full game done? Where can we get that?

I see black magical girls and I immediately downloaded it.

OOOooh I loved this game more than I thought I would! I don't typically consume magical girl media, but this I really loved.

I was initially confused as to which was the princess and which was the knight, but that was clarified later on! Diana and Rosalia's relationship was so adorable, I hope they get together T_T

Dog valerie is insanely adorable. :p I loved the relationship she had with her friends. All the little inset pictures to show what they were talking about (like when Sophie and Valerie were comparing their Miracle Links) really added flavor to the story.

It was great to see all the diversity of body shapes in the game! Sometimes in VNs all of the girls look super thin. It was nice to see a girl with abs (Amber) and friend shaped girls as well!!!! It really added realism to the story, odd as it may seem <3

I look forward to seeing the finished product, great job!!

AHHHH SO CUTE when its gonna be finished?

I loved the game, but unfortunately, the game doesn't have it in Portuguese (Brazil) ⍨ I would love it if I had (● ˇ∀ˇ ●)

But, the game its AMAZING ❤

I really loved this game. It feels like a classic magical series with lots of great characters and is so open and inclusive that it puts a smile on my face.

This game make's me cry!!!! T-T The heartfelt parts hurt my poor heart so bad~! The art, and characters are so FRICKEN GOOD!!!! But, is this project still continued? Its not one of those unfinished projects...RIGHT??? I Cant just hook up on a game and get my heart broken again... T-T Also, very good.

I shall ease your mind for my own fear has led to minor research on activity, and i can state that its not even close to being cancelled at this moment (If you already know then i apologize for snagging your time uwu)

I didn't know up until now, thank you for telling me this! uwu

This was adorable!! I really enjoyed it a lot. I'm curious as to where the story goes next, and I really like all of the characters so far. Definite favorite is Zacharie: they are perfect and to die for!!

I appreciated the representation in this game, and I think for what it is, you've made something really nice!

The art and story are very cute, but as someone who's watched a lot of precure, I was very bored by the story. I found myself struggling to read dialogue because I figured it'd be predictable either way. I really liked the designs and the main character was really likable! I'm not sure why I thought it'd be any different from the generic magical girl animes out there right now, it wasn't advertised that way at all, so I don't really have any right to be disappointed. Anyways, as a fan of more grimdark stuff, I wouldn't recommend this, but it's obvious a lot of work went into the final product and I really respect that! <3 I hope this project does well so we can see more mahou shoujo vns in the future! :D

This game was excellent! Instead of being called a demo, I would have called it Magical Warrior Diamond Hearts season 1, because it really felt like you were watching (or playing through) a season of a magical girls anime. It was lengthy in a good way, and felt complete.  You got to play through a story arc from start to finish, which is rare in VN demos but is something I appreciate. The art felt authentic to the magical girl anime style, especially the transformation art.

My favorite character by far was Valerie, she was such a good example of a successful main character. She had her own distinct personality, and was still likeable, but had her flaws too. I also loved Clover and Liam to death! The characters I liked in order then were Alex, Sophie, then Ethan.

I was pretty ambivalent towards Zacharie. I wanted to like him but he just didn't have enough of a personality to me. I also would have altered his character design, I would have preferred he looked more androgynous, to me he looked 100% female. Some height and broad shoulders would have been a good addition.

I actively disliked Diana and Amber (sorry!). They didn't mesh well with the group and didn't seem to need to be there. Having Amber take up a place on the magical girl team annoyed me because I would have rather that spot be taken up by a new classmate of Valerie's. Amber was also confusing in the game, because she simultaneously is addressed by both Amber and Amy, and her hair when transformed (when you see her first) is a natural blonde, but her hair untransformed is dark brown- it took me a while to realize that she was the same character.

The writing was excellent, the plot was well-crafted and was very accurate to the magical girls genre.

Overall one of the best demos on itch.io to date and I highly recommend this game.

just a question, are there any routes available in the demo version as of now?

How is the progress coming along?

I love this game so much

As a person who loves the Magical Girl genre I have to say you have a gem here. It feels every bit like participating in a magical girl story and I can't wait for the full version.

Quick question: How much is gonna be the full game? With the full content and all? So I can start putting some money aside to buy it!

Voice acting is still not implemented?

it is not. The voice acting will be implemented in the final game!

I've heard the voice acting samples on the Characters page and I think the actors did a decent job with what they were given, and I've watched the VA video previews on your Patreon page and it was alright, though I think it would be nice if the characters actually spoke the dialogue. But all in all, it makes me really anticipated for what the final build brings. Good work.

I love it!! I rlly want to know how this is gonna end!

Not too often find female characters of a different complexion but haven't tried game yet.

This is really nice, but it seems cliche and or rushed in some parts like how Clover joined them in her episode. How they defeat the bad guys is sorta weird too, it's a pattern of :bad guy comes in, injures the current crystal warriors, new character comes in, transforms, defeats bad guy almost single-handedly. Despite all of these, I really like it and am looking forward for more.

You kindad described how Sailor Moon's episodes filed in the new heroes.

This demo was really good. I cannot wait to play the full game. When is it out?

i know i'm late to respond, but they should be releasing the full game sometime in 2020

I really love this game! I love the characters and the music. When the demo ended, I was about to cry. I wanted so much to continue the game! Is there a release date? and will the full game will be paid?

there is not a full release date yet! It will have a full and a paid version when it is complete :^) thank you and im glad you enjoyed it!

Currently on chapter FOUR, wow. This is a spectacular demo and I'm so glad to be getting the short version of the chapters so, when I buy this, I can properly appreciate the finished product!

...Serious kudos for the length of this demo, though, I'm on episode three and just. Wow.

Okay. So I like this, particularly the characters that are developing. If the author is interested in constructive criticism, I would suggest that she ditch the 'oversleeping' cliche, or at least establish her oversleeping as out of character.

I really do like the art style and the different characters, especially Zacharie and Liam. 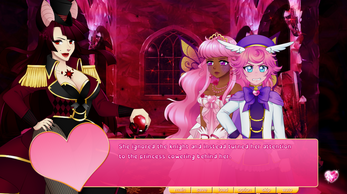 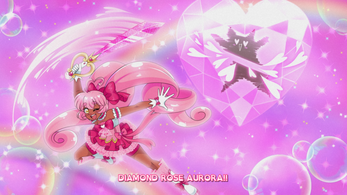 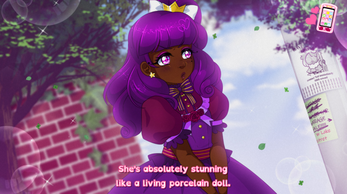 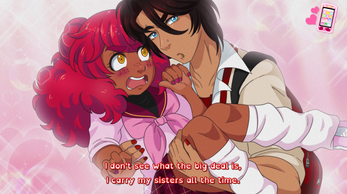 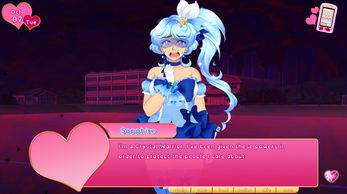 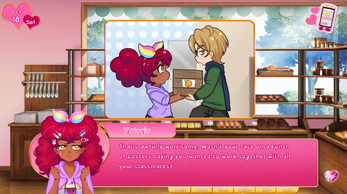 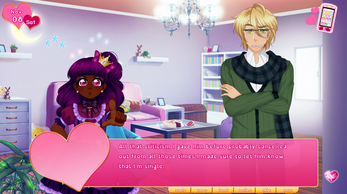 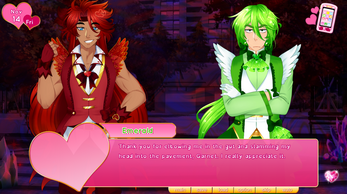